Life’s not about expecting, hoping and wishing, it’s about doing, being and becoming. In this next year and next decade what are you going to do…?

You’ll never get bored when you try something new. There’s really no limit to what you can do.  That’s a quote from Dr. Suess.

As you look forward to 2020 and beyond reach high and do something new.  Take your life and your business to places they’ve never been before.

It’s amazing what can happen in 10 years.

December 31st, 2009 10 years ago. I was still in the corporate world and 30 days later my status quo was rocked.  The great recession finally made its impact on me. My company decided to move to Dallas.  I had 10 months to figure out what I wanted to do and I began my coaching practice in December of 2010.

in the last decade i became a coach to entrepreneurs. i learning and studied and practiced business skills with the focal point coaching organization and Brian Tracy.  I learned to be a digital marketer with Jeff Walker’s product launch formula  team.

I served well over 500 clients, i had to look that up, in workshops and group coaching and one on one coaching.   I started video production.  I helped my two sons get married and welcomed an addition to the family, my grand daughter Ryan Marie.

The chapter for 2019 is closed. This last decade is over. but your never to old to start something new.

Socrates shared the secret to change thousands of years ago, and that’s to focus all of your energy, not on fighting the old, but on building and creating the new.   Life isn’t easy.   It takes courage to grow up and become who you really are… to become who you were created to be.

Adversity and challenge will always be around the corner.  Resolve today to not let yesterday or the last decade decide your life for tomorrow.  Helen Keller wrote:  resolve to keep happiness your focus and your joy shall form an invincible host against all difficulties.

What the new year brings to you will depend on almost entirely on what you bring to the new year.  Life is not about expecting, hoping, and wishing.  It’s about doing and being and becoming.

What are you going to do?

Who are you going to be?

What will you become in 2020 and your next decade.

Take a leap of faith and begin this wondrous new decade by believing.  Because if you’re brave enough to say goodbye, life will reward you with a new hello, 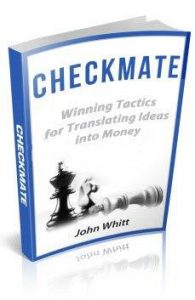